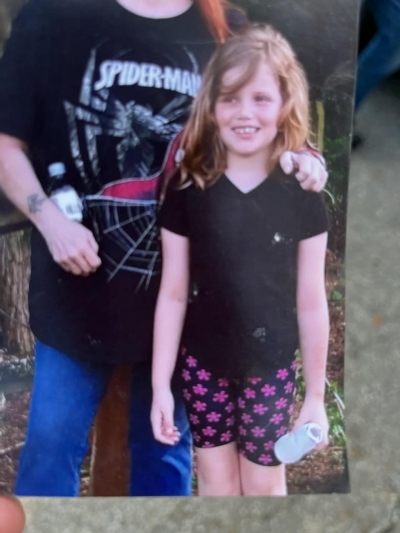 The Team was activated into Salem Twp to assist with searching for a missing 10 year old. After a few hours of searching the missing girl was located in a wooded area. Also responding to the incident ...
➜
Call # 6 Crowd Control / Traffic Detail (Cook Twp, Westmoreland County)
The Team was activated to assist Chestnut Ridge Fire Department with traffic control and crowd control for a large scale event. Units blocked off traffic at multiple locations for security and safe pu...
➜
News headlines
Funeral Detail for Chief 38 Jerry Lucia 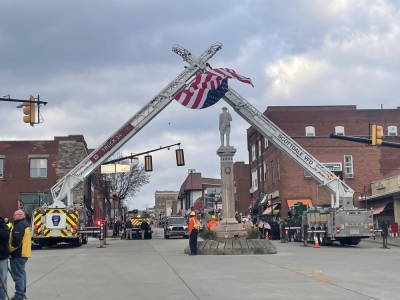 This morning members attended a traffic detail and the final send off for Chief Jerry Lucia. A very nice tribute for a man that was respected and loved by so many.Our thoughts will continue to be with...
➜
Greensburg Sportsman's club Control Burn

The team was asked to assist Greensburg Sportsman's club with a control burn. The team used this opportunity as a training detail and as an opportunity to test our equipment along with working sid...
➜
2019 Purse Bash Winning Numbers

This past Saturday members hosted the 2019 Purse Bash fundraiser. This is one of the teams largest fundraisers we do. Thank you to all the members and everyone who attend or bought tickets. This was a...
➜
Call history
Call #9 Search Detail (Cook Twp, Westmoreland County)

The Team was dispatched shortly after 2pm to the Linn Run area of Westmoreland County to assist local and state police with a search detail for a 19 year old male. Who had been missing for the past 18-20 hours. The man, who identity was not released, was found by search parties in the woods near the Grove Run springs, said Doug Finger, park manager. The area is a popular spot along Linn Run Road for filling jugs with spring water.

Finger said the man had been reported missing Monday after he had not returned home from work late Sunday night. His car was found near the fountain in the state park, located near the border of Westmoreland and Somerset counties. The Team assisted detectives and the Westmoreland Co Coroner with removing the body and supplying scene light and securing the scene. Additional units on scene were Police from Ligonier Borough, Ligonier Township, Laurel Hill State Park, the Bureau of Forestry, Rolling Rock and Murrysville Medic One, Chestnut Ridge fire department and other crews from Somerset and Westmoreland counties. The Team cleared the scene around 7:05pm 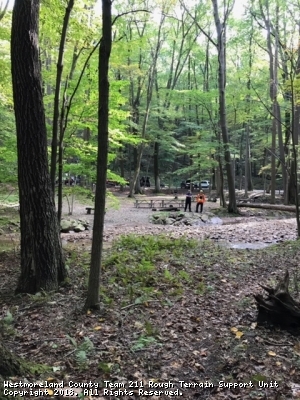 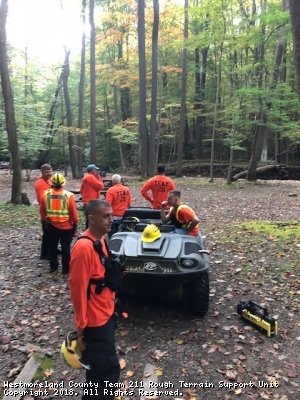 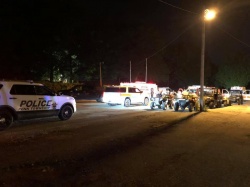 The Team was activated just before 12pm to assist local VFD with a brush fire. The team responded with Atv's, SXS, leaf blowers, and manpower along with brush fire tools. Atv's were needed due to the rough terrain and thick brush.
➜
Call # 2 Woods Fire ( Derry Twp, Westmoreland County)

The Team was activated to respond to a large woods fire in Derry Twp. The Team provided ATV's and SxS along with manpower. The DCNR was also activated and determined the fire was arson. The Team was also assisted by a State Police helicopter and a National Guard helicopter from Johnstown.
➜
Call #1 Search Detail (North Buffalo Twp., Armstrong County) 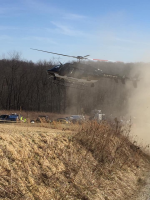 The Team was dispatched shortly after 2pm to the Linn Run area of Westmoreland County to assist local and state police with a search detail for a 19 year old male. Who had been missing for the past 18-20 hours.
➜
Call #8 Public Service Detail (Derry Boro/Twp, Westmoreland County) 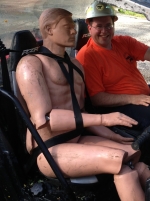 This site has been viewed 131,564 times.
Calls
News
Events
Pictures
Apparatus
Maintained by the members and staff of Westmoreland County Team 211 Rough Terrain Support Unit. Designated trademarks and brands are the property of their respective owners. Copyright © 2006-2022. YourFirstDue Inc. All Rights Reserved. Content on this web site is supplied by Westmoreland County Team 211 Rough Terrain Support Unit. YourFirstDue Inc. cannot be held responsible or liable for any content, text, pictures, or any other media found on this web site.
Management login
Powered by